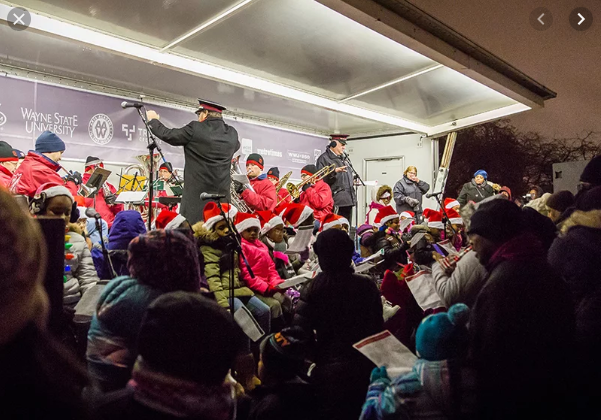 More than 110 of Detroit’s cultural institutions and businesses will be showcased Dec. 7 for the 47th annual Noel Night, a free and beloved Cultural Center tradition that’s evolved in recent years with more changes on the way.

There are new hours, spread wider across the day, to offer visitors more options and ease congestion. A conservative estimate of 25,000-35,000 people is expected this year, said Annmarie Borucki, director of art and culture for nonprofit Midtown Detroit Inc., which produces the event to the tune of more than $200,000.

Last year’s event featured a host of changes, including earlier hours, 17 new venues and an expanded scope of activities. The rollout was met with pouring rain that put a damper on the event and kept many people away. Organizers intend for this year’s event to be a proper debut of the new format.

“There seemed to be a positive reaction to having the hours spread out because it gave people more time to explore Noel Night offerings,” Borucki said in an email. “We do believe we still have to convince people this is the same Noel Night as before even with all the changes.”

The most notable difference is the festival’s migration away from the Woodward Avenue corridor, which traditionally had been shut down for the event until a policy change following the 2016 edition. The following year was pacing to have a record attendance until a shooting near the Detroit Institute of Arts ended the night early.