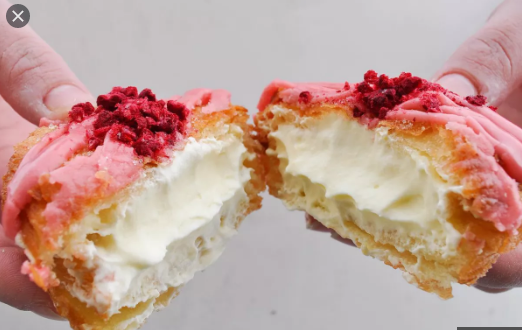 As part of a sneak peek on Fat Tuesday, Promenade plans to offer its signature craczki. Plus, Folk Detroit reopens for limited service after a quick renovation.

Promenade Artisan Foods opens next week in the Fisher Building

Trenton-based Promenade Artisan Foods, owned by Chelsie and Jono Brymer, opens its second Detroit location at the Fisher Building in New Center on Thursday, February, 18. The cafe replaces Fisher Bakery at the building and serves sandwiches, salads, quiche, croissants, and macarons and other sweet treats. As part of a sneak peek on Fat Tuesday, Promenade plans pop-up in the new location offering its signature craczki — a croissant take on the traditional paczki doughnut. While it ramps up service at the Fisher Building, the cafe will only open from 8 a.m. to 4 p.m. on Thursdays until March 18, when the dining room opens. Once fully open in mid-March, expect breakfast and lunch to be served at the cafe. Grab-and-go dinners and catering will also be available. [Official]