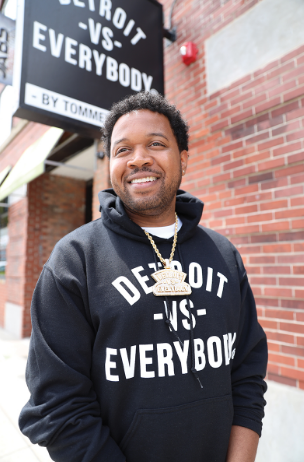 It’s one of the most recognizable slogans in Metro Detroit: “Detroit vs. Everybody.”

It was started by a Detroit graduate whose career took him across the country. The man responsible for the multi-million dollar business is changing the way people view Detroit and creating jobs.

Tommey Walker is a Cass Technical High School graduate with a deep-rooted love for his city.

He’s a graphic designer and the man behind one of the most well-known Black-owned businesses in Detroit.

“I was born in the city of Detroit,” Walker recalled. “I grew up right downtown Jefferson.”

To say that he’s passionate about his hometown is an understatement. The Cass Tech grad became a graphic designer and worked as a creative director for several well-known record labels like Def Jam Recordings. He traveled across the country and realized he didn’t like the way Detroit was being represented.

Source: The man behind ‘Detroit vs. Everybody’