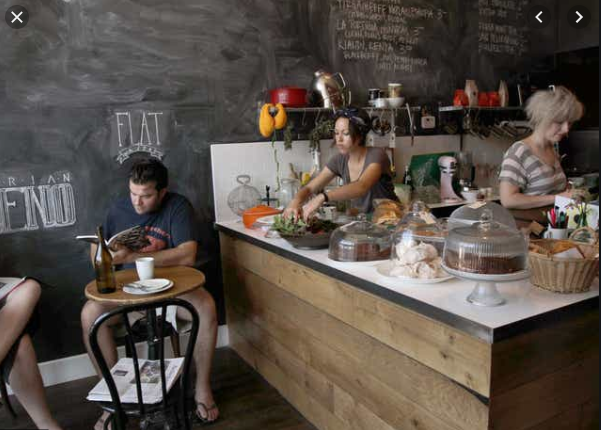 A few weeks back, Esquire food writer Jeff Gordinier took to Twitter to post a list of 12 restaurants that defined dining out in New York during the past decade.

Other journalists in other cities used it as a prompt to compile their own lists, and I thought it’d be an interesting and enlightening exercise to do one for (metro) Detroit.

29 people are talking about this
This isn’t a “best of” list. And some of the entrants aren’t without their controversies. Rather, these locally owned food and beverage businesses help tell the story of metro Detroit’s indie dining scene since 2010. In many ways, the landscape is unrecognizable from the beginning of the decade, and these 12 spots helped shift it in their own ways.

There are plenty of other places that aren’t featured that one could make a case for. Townhouse transformed both a Birmingham street corner (particularly in summer) and a downtown Detroit one while introducing us to Jeremy Sasson’s over-the-top (and growing) brand of hospitality. Joe Muer Seafood revived one of Detroit’s most famous restaurants of yore while kicking off a mini trend of retro revivals (London Chop House, Caucus Club, et al). And even a place like Crispelli’s seemed downright revolutionary in suburban Detroit circa 2012 when it brought its fast-casual, high-volume dining model and stone-fired Neapolitan style pies to the deep dish pizza capital of the world.

And the only reason Michael Symon’s Roast — one of the city’s most influential restaurants in ushering in the modern era — didn’t make the list is because it opened in 2008. It’s very much the spiritual ancestor to many of the restaurants that would succeed it in the following decade.

Still, the dozen restaurants below are the ones that I think help explain where we came from and we’re at now. This list isn’t comprehensive and is meant to spark a discussion rather than act as some sort of definitive endpoint.

Did we miss any? Disagree on any of the selections? Feel free to chime in with your take in the comments and join our recently launched Facebook group, Eat Drink Freep, where we discuss all things food and drink in metro Detroit.

Source: These 12 restaurants defined the past decade of dining in metro Detroit