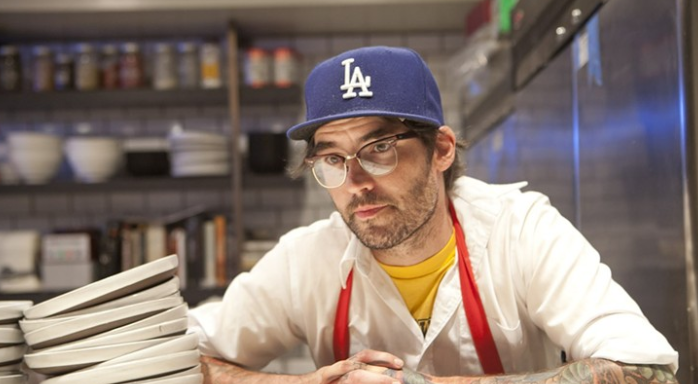 The Asian-influenced restaurant opens this fall.

Ferndale-based hospitality group Working Class Outlaws has finally found someone to take over kitchens at their new project, Antihero. Los Angeles-based chef Nick Erven is set to relocate to metro Detroit next week as he takes over the forthcoming Asian-influenced restaurant on Nine Mile.

Erven is somewhat of a household name in the Los Angeles food community since helming former Koreatown restaurant Saint Martha and is coming off a run as opening chef at Rappahannock Oyster Bar…  He also helmed his own semi-vegan and eponymous restaurant for close two and a half years and took a turn in the kitchens at Fundamental LA. Erven will be taking over for former Working Class Outlaws chef Brandon Zarb, who departed from the project and sibling restaurants Public House and Imperial in July.

Erven wasn’t really expecting to move from Los Angeles but says he is looking forward to experiencing a new city. He and his wife are preparing to welcome another baby… The chef tells Eater that he casually began looking for new positions, posting his resume online and a few months ago and was contacted by the team from Working Class Outlaws about their recently opened position at Antihero. Erven traveled to metro Detroit for the first time a little over a month ago to visit the area and cook for the owners. “We all got along the same wavelength, which doesn’t always happen,” Erven says. “I think it’s a cool opportunity to go someplace different and see some new things.”