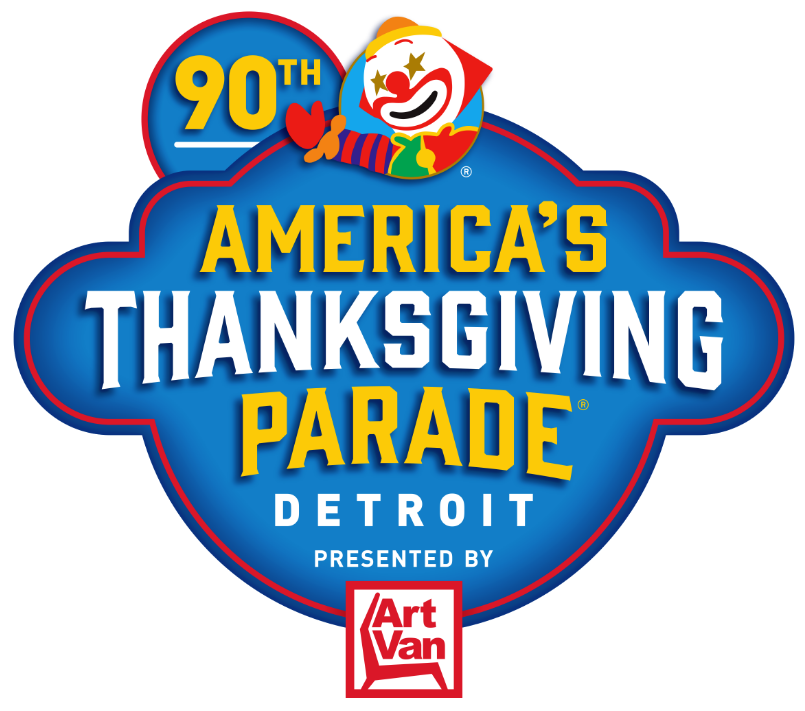 America’s Thanksgiving Parade® presented by Art Van is one of the country’s largest and most spectacular Parades in the United States! Every November something magical happens on Detroit’s historic Woodward Avenue, a holiday tradition that dates back to 1924. This year, we are celebrating 90 Years Together full of sparkles and magic that have captured the imaginations of millions of children and their families.

Every year, hundreds of thousands of Parade spectators line historic Woodward Avenue Thanksgiving morning to watch the larger than life floats, colorful helium-filled balloons, thunderous marching bands, and exciting specialty acts! The Parade is televised live locally on WDIV-TV, Local 4 with a syndicated national potential reach of over 65 million households! Radio coverage will begin with, A Prelude to The Parade hosted by Paul W. Smith, on News/Talk 760 WJR. The Prelude begins at 6:00 and runs until 9:30 a.m. The LIVE play-by-play of The Parade will be on WOMC – 104.3 with Bobby Mitchell & Stacey DuFord from 10 a.m.- Noon.