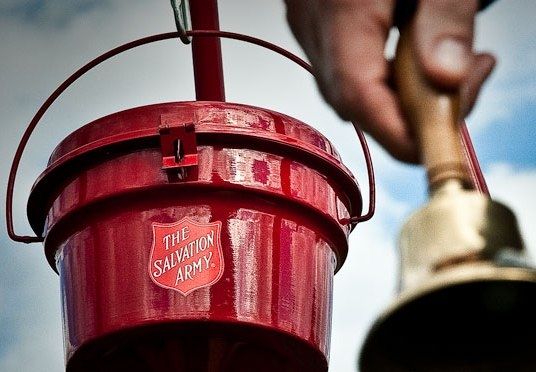 The Salvation Army of Metro Detroit will host a merry ceremony at Campus Martius Park in Detroit to formally begin the 2016 Red Kettle Campaign immediately prior to the city’s lighting of the grand holiday tree.

The nonprofit will officially light the world’s tallest red kettle – approximately 56 feet tall and 24 feet wide, and lit by 26,000 red LED lights — to remain aglow for the remainder of the holiday season. A large digital LED board will accompany the giant red kettle, displaying messages and images as well as The Salvation Army of Metro Detroit’s progress toward its $8.4 million goal throughout the Red Kettle Campaign.

Following the tree lighting, The Salvation Army will join the Detroit 300 Conservancy celebration in Cadillac Square with family entertainment throughout the evening including a youth tent with crafts, balloons and goodies and hot chocolate.

WHO:         ­­­There will be a bell ringing in unison to light the giant red kettle, and The Salvation Army’s popular Brass Band will perform Christmas music.

PHOTO OP: Launch event will include red kettle bell ringers throughout Campus Martius Park marking the countdown to the lighting of the world’s tallest red kettle sponsored by Quicken Loans. The event will also feature performances by The Salvation Army Brass Band and families joining in on the activities.