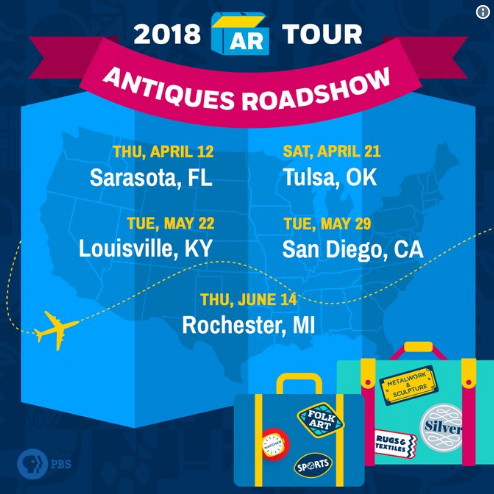 “Antiques Roadshow” will roll into Rochester this spring.

The popular television series, aired locally at 8 p.m. Mondays on Detroit Public Television, will film three episodes June 14 to be aired in 2019 as part of the broadcast’s 23rd season, according to a news release.

The new season will feature exclusively distinctive, historic locations across the country. Producers have not yet released the “historic location” in Rochester at which filming will take place.