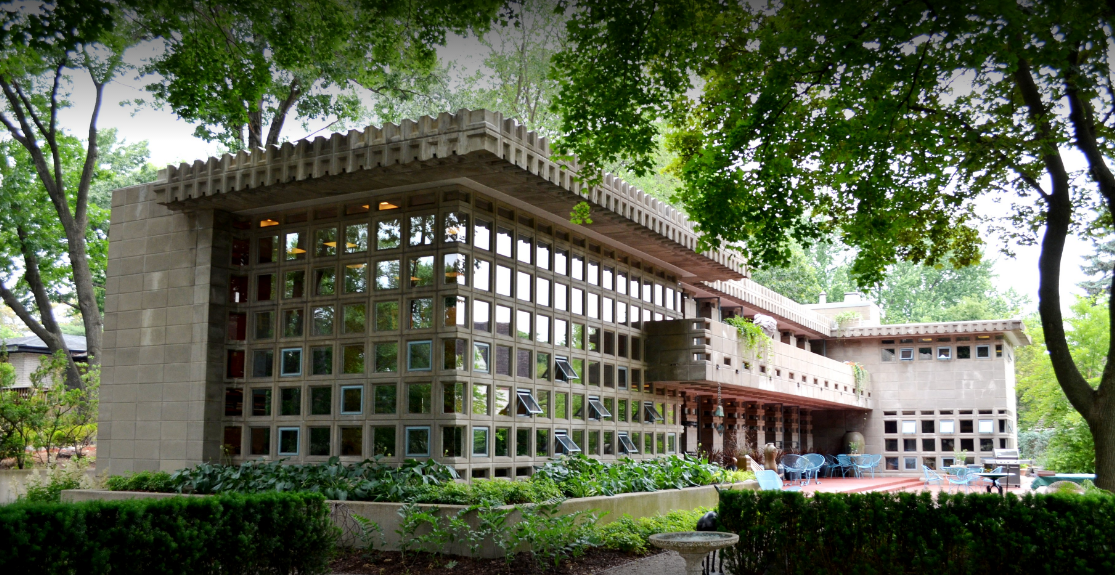 Anyone who has spent time reading about Frank Lloyd Wright knows that the facts of his life and career can be hard to pin down. According to critic and biographer Brendan Gill, Wright’s own 1932 autobiography is full of “prodigious lies,” and the architect’s penchant for self-mythologizing has tended to confound both colleagues and admirers. Philip Johnson once complained that Wright thought he was “born full-blown from the head of Zeus” and considered himself “the only architect that ever lived or ever will.”

Wright’s self-aggrandizement has a tendency to obscure both the underpinnings of his designs and the importance of his early career. Wright’s masterpieces, from the Prairie School Willits and Robie houses to Fallingwater to the Guggenheim, didn’t spring fully formed from the head of Zeus any more than Wright himself did; instead, Wright’s best-known works show a conscious progression from his earliest buildings. Indeed, there are echoes of Wright’s early works—both those he did under the tutelage of Joseph Lyman Silsbee and Louis Sullivan, as well as his first independent commissions as a brash young architect in suburban Chicago—in every iteration of his career.

Full Story – Source Article – Click Here
The Turkel House was constructed from 1955-1958 and is only house designed by famous architect Frank Lloyd Wright within Detroit’s city limits (1). It is also the only two-story example of a “Usonian automatic” home, a term inspired by the acronym for United States of North America, meaning that it was not influenced by other cultures (2). Wright’s Usonian designs were L-shaped with horizontal lines, and they utilized natural materials, natural light, flat roofs with overhangs, and heated floors. The Usonian design idea came out of the Great Depression of the 1930s, when there was a need for small, low-cost homes that were pre-fabricated (3). However, the much larger and opulent 4,300-square-foot Turkel House did not fit this mold exactly.

Pictures of His Work in Michigan and Other Places