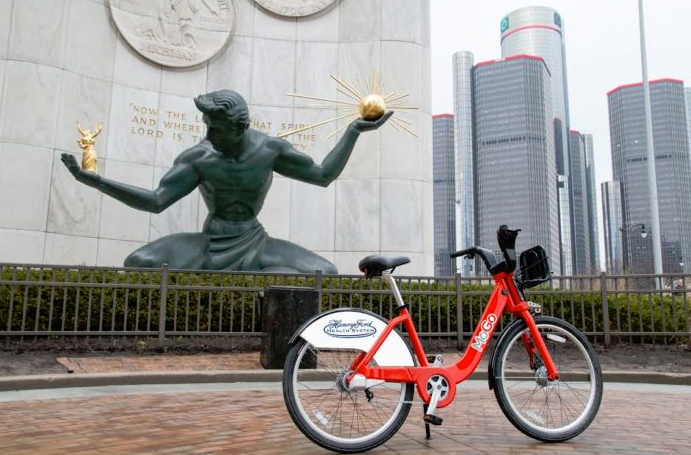 After years of planning, the $2-million “MoGo” project was announced in March at the Detroit Policy Conference, and rental kiosks with 430 bikes were revealed in April at a 10,000 square-foot warehouse in Detroit’s Milwaukee Junction neighborhood.

“After five years of hard work, we’re thrilled to begin our operations in 10 Detroit neighborhoods, providing yet another option for Detroiters to get where they need to go,” MoGo founder Lisa Nuszkowski said.

“It’s an exciting time for mobility in the city, and we’re proud to launch a system designed to serve a diverse range of people and needs.”