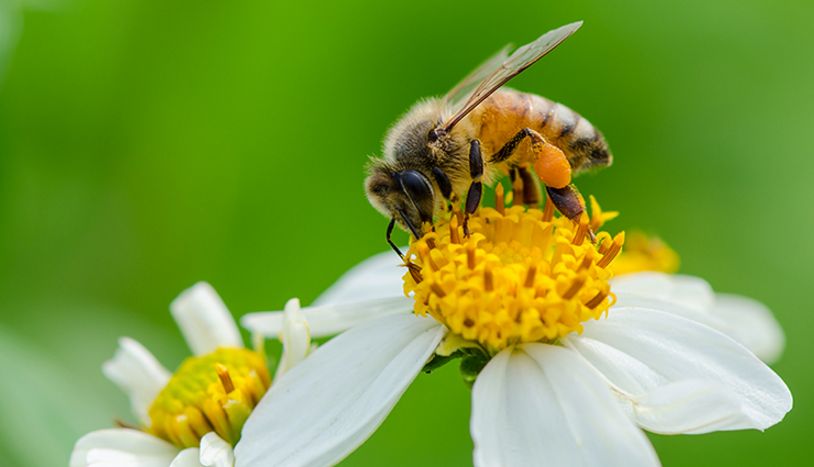 Getting his nearly 2,000 acres of cherry and apple groves pollinated meant renting 457 honey bee hives for two to three weeks this spring.

He’d like to decrease his reliance on honey bees by attracting more native bees using irresistible flowers planted near his crops.

“There are several hundred species (of wild bees) out there (in Michigan), I’m just trying to stimulate their availability (near my orchards),” Otto said.

Like other large-scale farmers, Otto uses non-native honey bees because there aren’t enough wild bees nearby. Wild native bee populations in Michigan have declined as their habits — forested areas and brush-laden land — have been developed into farmland or residential and commercial uses.

Relying too heavily on non-native honey bees has its problems. Honey bee populations have declined in recent years thanks to colony collapse disorder, where hives are abandoned by worker bees, and other diseases that are spread in hives. Additionally, demand has skyrocketed among almond growers in California, who are willing to pay significantly more for honey bees than farmers in Michigan.

That left Otto with two options: continue to lean on honey bees and risk a shortage in future seasons, or find a way to get more wild bees interested in his crops.