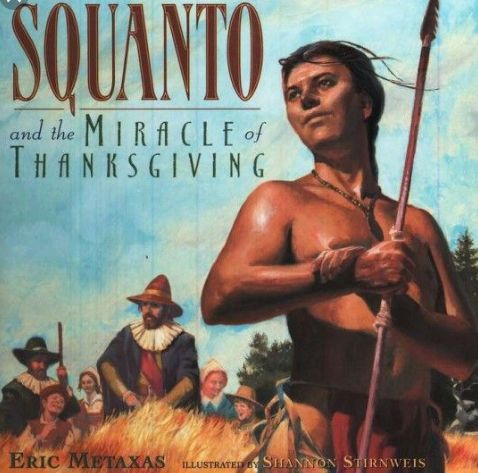 Experience the true story from American history about the spiritual roots and historical beginnings of Thanksgiving.

This entertaining and historical story shows that the actual hero of Thanksgiving was neither white nor Indian but God. In 1608, English traders came to Massachusetts and captured a twelve-year-old Indian, Squanto, and sold him into slavery. He was raised by Christians and taught faith in God. Ten years later he was sent home to America. Upon arrival, he learned an epidemic had wiped out his entire village. But God had plans for Squanto. God delivered a Thanksgiving miracle: an English-speaking Indian living in the exact place where the Pilgrims landed in a strange new world.