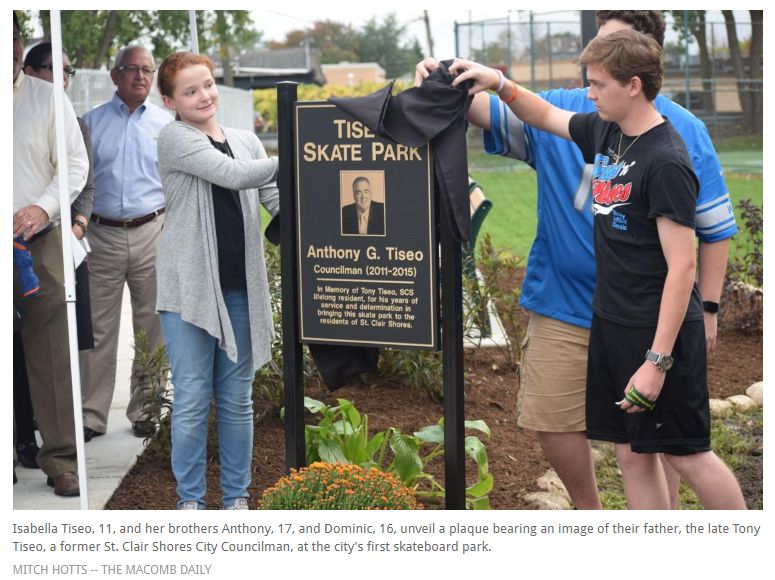 Two days before the third anniversary of his death, the first skateboard park in St. Clair Shores was dedicated to the late Councilman Tony Tiseo at Kyte Monroe Memorial Park.

City officials, family members and friends of Tiseo gathered Wednesday at the newly constructed $140,000 Tiseo Skate Park for the ceremony. Mayor Kip Walby, a personal friend of the Tiseo family, called the former councilman a “parks and rec guy” who supported projects for youth in the city such as the skateboard park.

“It was important to Tony, so it became very important to us,” the mayor said of the outdoor recreational facility.

Tiseo’s children — Isabella, 11, Dominic, 16 and 17-year-old Anthony — unveiled a plaque bearing his name. The plaque feted Tiseo “for his years of service and determination in bringing this skate park to the residents” of the community.