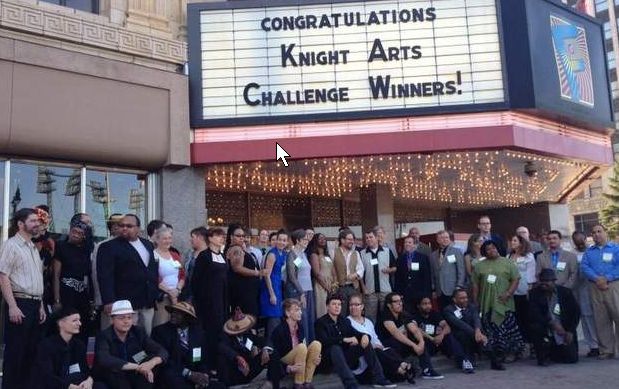 People’s Choice Winner to be Announced at The Fillmore Detroit

The Knight Arts Challenge will award more than $2 million in matching grants to some of the most innovative ideas from the Detroit arts community at a celebration event at The Fillmore Detroit. The event will be complete with three live performances from local Detroit artists.

A program of the John S. and James L. Knight Foundation, the challenge funds the best ideas for engaging and enriching Detroit through the arts. The winners were chosen from close to 1,000 submissions and 70 finalists.

Additionally, the winner of the Knight Arts Challenge People’s Choice Award will be announced, the culmination of this year’s record-breaking text-to-vote campaign. Four small arts organizations were chosen to compete for the $20,000 prize, which is in addition to their Knight Arts Challenge grant, and can be used for the artistic project of their choice. Knight created the People’s Choice Award to raise the public profiles of small and emerging arts groups and their contributions to the city.

With live performances by: