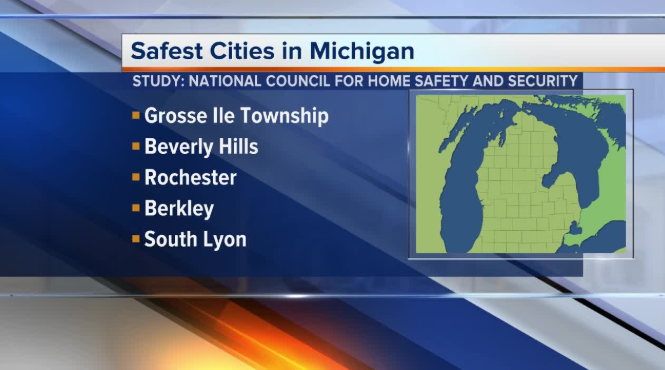 Do you live in one of Michigan safest cities?

Alarms.org released their annual list of the safest cities in Michigan this week. The study was completed primarily to highlight the cities that have had the least amount of violent and non-violent crimes per population, while also bringing awareness to the cities that are more likely to have crime per capita.

Michigan, for example, has violent crime rates that are over the national average, but property crime rates that fall well below. However, as the data shows, there are often vast differences from one city (or state) to the next.

A total of 7,639 cities were factored into this ranking with populations ranging from 10 thousand to 4 million. However, cities were eliminated from consideration if they failed to submit a complete crime report to the FBI and if populations were under 10,000.

Click for more information: 25 safest cities in Michigan in 2019