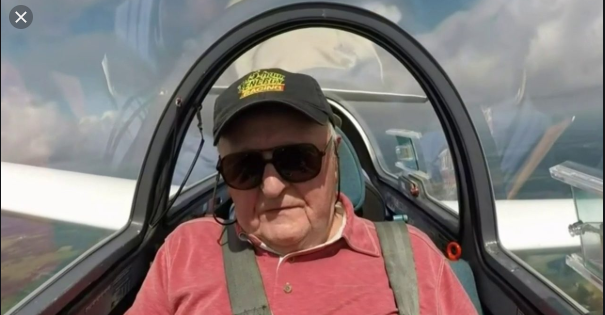 For some people a bucket list involves exotic travel, but for one 90-year-old Metro Detroit man it meant floating among the clouds.

Hubert Knopp went to a German summer camp 77 years ago where he flew a glider using a giant rubber band off the side of a mountain. Those flights stuck with him.

“When there was enough tension on the rubber band they would release it and take off a short flight, maybe 30 seconds long,” Knopp said.

He replaced flying with sailing, yet recently he mentioned gliding to his family and they decided to help him relive those moments.

Instead of the 30 seconds of air that animated Knopp’s memories, this flight went on for 30 minutes.

“I think that this thing, gliding, is probably related to much like my sailing experience because you take care of the wind,” Knopp said.