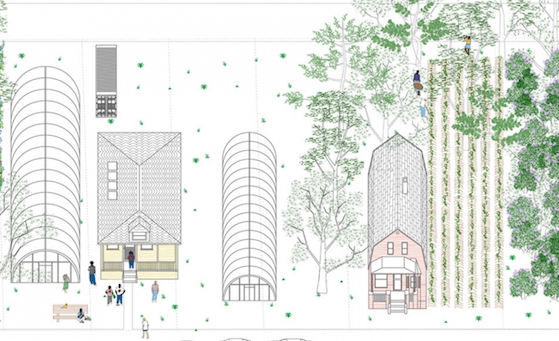 The OAUF started with a single plot back in 2000, but over time has grown to encompass over 30 lots and 8 structures. Today, the farm administers mentorship programs, hosts classes, and offers community and art spaces alongside its agricultural activities. As Detroit has recovered from financial calamity following the Great Recession, development interests have taken to surrounding areas, threatening the farm’s future.