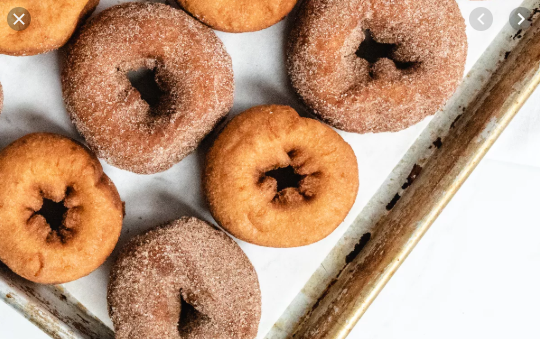 Cupcake Station and Armada-based cider company Blake Farms are partnering up to bring cider doughnuts and other fancy baked goods to locations across southeast Michigan. In the coming months, all five current Cupcake Station outposts in Birmingham, Ferndale, Plymouth, Rochester, and Ann Arbor will transform into Bakehouse46 — a shop serving designer cupcakes, doughnuts, apple cider, candy, and other treats. The first location is slated to debut in Birmingham on around Tuesday, February 18, per a release.

Harmony Park-area doughnut favorite Dilla’s Delights has achieved its crowdfunding goal. Owner Herman Hayes, uncle of the late hip hop icon J Dilla, temporarily closed the tiny Detroit doughnut shop in December while he recovered from cancer treatment. Shortly after, Hayes and his partners launched the $15,000 GoFundMe to help pay down the lease on the shop for the upcoming year and to develop a new, larger location with a production facility. Hayes stopped accepting donations on February 3, having amassed $17,757 from supporters.