Skip to content
By EDWARD L. GLAESER –   From the New York Times

Edward L. Glaeser is an economics professor at Harvard and the author of “Triumph of the City.” 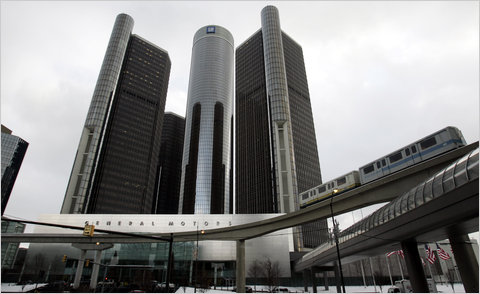 During the Super Bowl, Chrysler and Eminem gave us a chest-thumping, soul-lifting vision of Detroit as a city of character, competence and style. But the Census tells us that per-capita incomes in Detroit are barely half the national average and that one-third of the city lives in poverty.

Michigan was the only state that lost people from 2000 to 2010, and the state’s unemployment rate remains near 12 percent. Is it possible that Detroit will turn the corner despite decades of decline?

Detroit’s triumph and tragedy may be the great story of 20th century urban America. Like all of America’s older cities, Detroit first grew along a waterway as part of the great transport network that won the West.

The city’s early entrepreneurs took advantage of the city’s location, which made it an ideal place for Hiram Walker to import Canadian whiskey into the United States and for Frank Kirby to build iron-hulled steamboats.

Cars were the natural combination of engines and carriages, and the Detroit area had both. William C. Durant, who founded General Motors, came out of the carriage business in nearby Flint, Mich. Henry Ford learned at Kirby’s Detroit Dry Dock Engine Works. Even more importantly, like Silicon Valley in the 1960s, Detroit had an abundance of entrepreneurs fighting to find the new, new thing.

Ford, Durant, David Dunbar Buick, the Dodge Brothers, the Fisher Brothers, Henry Leland – it seems as if Detroit once had an automotive genius on every street corner. The city in 1910 exemplifies the urban ability to work miracles by enabling collaborative creativity. These small start-ups supplied each other with parts, financing and ideas. Their collective creation – the mass-produced automobile – may have enabled suburbanization, but it was another gift of the city.

But while their great invention made Detroit wildly productive for decades, it also sowed the seeds for the city’s decline. Cities work best when they are filled with smart people and small companies that innovate by exchanging ideas. Huge automobile plants, like Henry Ford’s River Rouge Plant, were highly productive, but they were isolated from the rest of the city.

Part of Ford’s genius was that he was able to provide high wage jobs for less-educated workers; this helped turn Detroit into a city with too few nonautomotive skills.

Over the last 40 years, sun, skills and small companies have been strong predictors of urban growth, but Detroit is a cold city of big companies. About 12 percent of its adults have a college degree. A city built to house almost two million people now has 911,000. While Detroit was one of the richest places on the planet in 1950, it is now synonymous with urban poverty.

Detroit’s problems were compounded because the city in distress invested in structures, rather than people. Federal support has been almost entirely focused on physical capital, like housing and transportation infrastructure.

In 1948, the Federal government started doling out cash for urban renewal, and by the 1950s it was spending seriously on transportation. In the 1980s, with federal aid, the city built its People Mover, which now glides quietly over essentially empty streets.

Detroit’s never needed more housing or transportation. Declining cities are practically defined by having too much infrastructure relative to people. A monorail has little value when buses can already move quickly on uncongested roads.

Even in the 1960s, Detroit had an extraordinary number of empty and underpriced homes. It never needed new housing. What it needed was education and safety, not urban renewal.

Detroit needed the home-grown talent that could have enabled a new generation of entrepreneurs and a better quality of life that might have attracted more skilled outsiders. But education and policing have historically been local matters in the United States, and Detroit’s government was unable to provide its children with the schooling and safety that should have been their birthright.

Detroit’s long decades of suffering do seem to have cleared away some intellectual cobwebs and led some people to understand that education, not infrastructure, is the crucial ingredient for urban rebirth.

Bob Thompson, a paving entrepreneur, and his wife, Ellen, are giving tens of millions of dollars to help educate the children of greater Detroit. Older entities, like the Skillman and Kresge Foundations, are similarly supporting skills for Detroit’s children.

Last month, I went on a tour of the College for Creative Studies’ new charter school, in the old Argonaut Building, where Harley Earl once designed some of General Motors’ greatest hits. (Disclosure: The school, like the research center that I direct, has benefited from the philanthropy of A. Alfred Taubman, who arranged the tour.) As in many charter schools, the teachers and students seemed full of the energy and hope that Detroit so badly needs. I left lifted by the children’s strength.

Cities, at their best, are places of competition and innovation, and I pray that those urban forces can improve education as they once improved cars. The Rust Belt will only become a place of hope if its youth are trained to compete worldwide.

I enjoyed Chrysler’s bluster, but the Motor City’s future depends on far quieter teachers leading children through the hard work of learning.