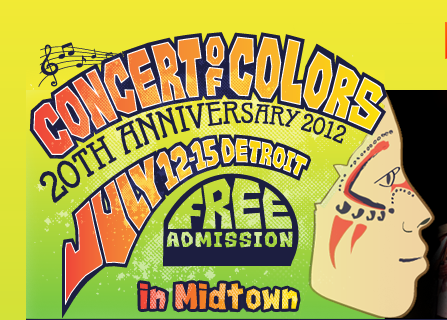 For the third year in a row, the Detroit Institute of Arts (DIA) is participating in the Concert of Colors, metro Detroit’s annual free diversity music festival.

On Friday, July 13, the DIA will host concerts by Quebec-based De Temps Antan at 7 and 8:30 p.m. and the first performance in a new puppet series, DIA Moment: PuppetSlam Detroit!, at 8 p.m.

DIA Moment: PuppetSlam Detroit! features puppet performances with adult themes and content by a variety of puppet artists. Among the performers are Tom Carey and Dan Tower, and Naia Venturi, owner of the Dreamland Theater in Ypsilanti, with the Dreamland Puppet Troupe. The locally based artists will perform with exquisitely crafted marionettes and large-scale shadow puppets.

While in the museum, visitors can view the special exhibitions Patti Smith: Camera Solo, Five Spanish Masterpieces and Picasso and Matisse: The DIA’s Prints and Drawings.

This year marks the 20th anniversary of the Concert of Colors. The event is produced by the Arab American National Museum, Detroit Symphony Orchestra, Detroit Institute of Arts, Charles H. Wright Museum of African American History, ACCESS and Midtown Detroit Inc. with the goal of bringing together metro Detroit’s diverse ethnic communities by presenting music from around the world. Over its 20-year history, the festival has become a beloved highlight of metro Detroit’s summer festival season, and one of the few free-admission music festivals remaining locally. The Ford Foundation is presenting the Concert of Colors for 2012 and 2013. For this year’s schedule, visit www.concertofcolors.com.