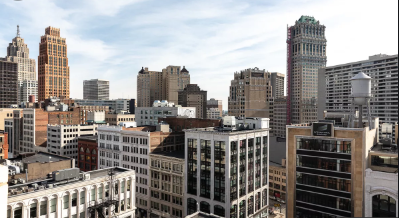 Detroit is regularly said to be in the midst of a “revival.” Certainly there have been plenty of buildings undergoing construction, businesses opening, and changes to the city’s infrastructure. But how else to quantify it?

Using federal data, Reuters analyzed 378 metropolitan areas in the United States from 2010 to 2017 and found that Detroit was among the top 20 cities to experience significant job growth. It was one of only two from the Rust Belt, the other being Grand Rapids.

The analysis found that nearly 40 percent of all new jobs generated in the U.S. went to the top 20 metro areas. A significant drop-off takes place from there—the next 20 only accounted for 10 percent of new jobs.

Metro Detroit came in at number 10, accounting for 1.73 percent of job growth. Los Angeles-Anaheim at 4.79 percent was the area with the highest percentage of total job growth.