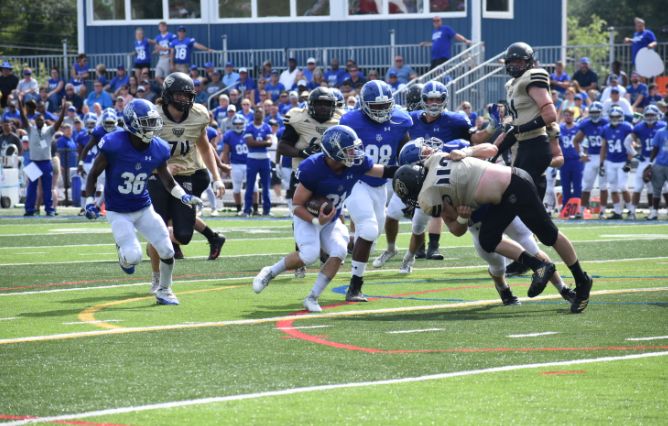 Lawrence Technological University has been named a Five-Star Institution by the National Association of Intercollegiate Athletics (NAIA) for achievement in character-driven athletics.

The NAIA ranks its 250-plus member institutions for performance in training, promotion, conduct in competition, and commitment to the five core values of the NAIA’s Champions of Character Initiative – integrity, respect, responsibility, sportsmanship, and servant leadership.

Lawrence Tech was one of only 12 NAIA colleges and universities to achieve a perfect score of 100 points in the ranking. It was the only NAIA institution in Michigan to achieve that mark.

The conference in which Lawrence Tech competes in most sports, the Wolverine-Hoosier Athletic Conference (WHAC), was also named a NAIA Five-Star Conference. To achieve this distinction, a conference must establish a Champions of Character Conference Committee, establish a conduct-in-competition oversight committee composed of a minimum of three members, and have at least 60 percent of its members receive the NAIA Champions of Character Five-Star Institution Award.