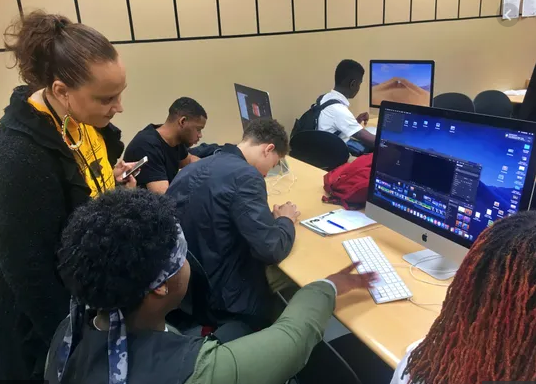 Mayowa Lisa Reynolds beams when she shows off the recital space dedicated to Aaliyah, the late singer and actress. Reynolds, principal of the Detroit School of Arts, is quick to point to the many legendary musicians who, like Aaliyah, are alumni.

This is the same recital hall where students recently held a concert, “Stay Woke,” in honor of another legendary artist, rapper, and activist Nipsey Hussle. The show focused on social justice, with a panel discussion and an appearance by Detroit rapper Icewear Vezzo.

“It was really, really exciting because the students produced the show,” she says. “That’s one thing that I’ve tried to do this year is that students have come to me with ideas and I give them the framework and a little support.”