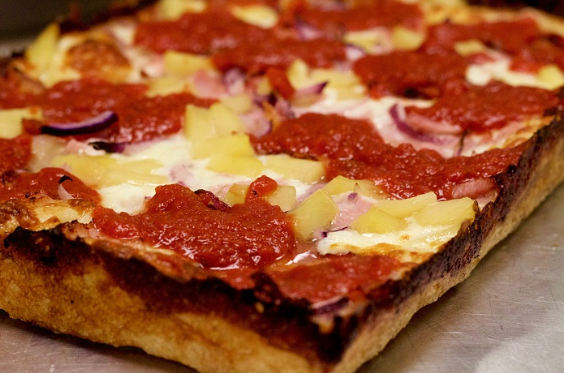 Detroit-style pizza, though around for decades, is having its moment and has recently been taking metro Detroit by storm.

Several new places have popped up and mainstays have expanded. And those places have fans singing the flavor praises of the square pizza with the crispy edges, known to metro Detroiters for years.

Pizzerias showcasing Detroit-style pizza are also making their mark in other states, including New York and California. There’s Via 313 in Austin, Texas, opened in 2011 by former Detroiters and brothers Zane and Brandon Hunt, whose pizza, according to their website “…is inspired by our memories of traditional Detroit-Style pies from our youths (Cloverleaf, Buddy’s, Loui’s, Niki’s).

“From coast to coast, pizza pros nationwide are baking up their version of the Motor City’s crispy, cheesy-crusted deep dish, and for good reason: It’s ridiculously delicious. “

Source: Detroit-style pizza: Where to get it in metro Detroit