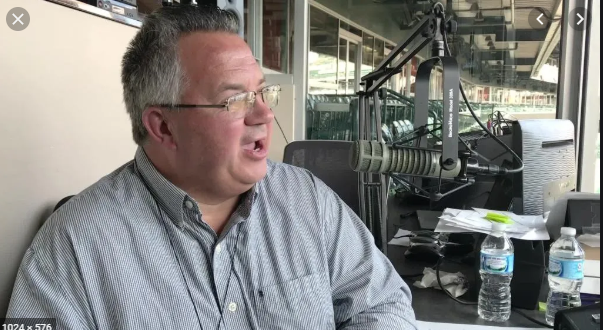 What do you say to a person who has just been diagnosed with Stage 4 cancer?

On Wednesday afternoon, after Jay Allen told the remaining fans filing out of Comerica Park to travel safe and come back soon, I told him I was sorry for waiting until now to introduce myself.

Mostly, I was sorry he has to deal with this.

Allen, a couple weeks shy of his 60th birthday and just five months into a dream job as the Tigers’ public address announcer at Comerica Park, has Stage 4 bile duct cancer. The disease, his doctors say, has already spread to other organs in his body. One doctor said the life expectancy is 12-to-18 months. Another said 18 months was extremely optimistic.

He received the news on Tuesday afternoon, nearly two weeks after his physician called him and said, “Jay, I just want to let you know this is not the news I want to give you, but all indications are, it’s cancer.”