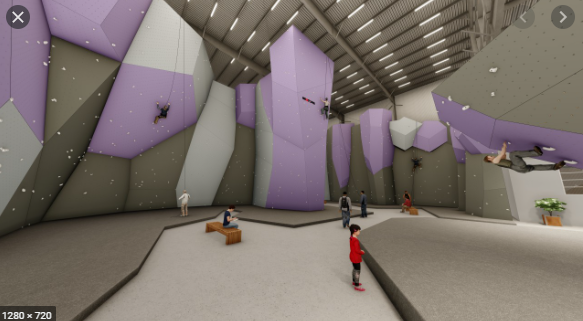 Indoor rock climbing has continued to grow throughout the United States, and the first indoor climbing gym in the City of Detroit is expected to open later this year in Eastern Market.

Dino Ruggeri, 31, from Grosse Pointe, said DYNO Climbing and Fitness is expected to open in November. It will be located at 1840 Mack Ave. near Orleans and the Dequindre Cut in the north end of Eastern Market.

Ruggeri got into indoor climbing during his senior year at the University of Michigan. He said he would spend 4-5 days every week at Planet Rock, one of two indoor climbing gyms in metro Detroit. After moving to Colorado and working as a ski instructor and outdoor educator, he moved back to Detroit to begin work on the climbing gym.

While there are climbing walls at Wayne State University and the YMCA that can introduce people to the sport, Ruggeri said he wanted to create a community and a climbing culture in the city, and use the indoors to get people outdoors.