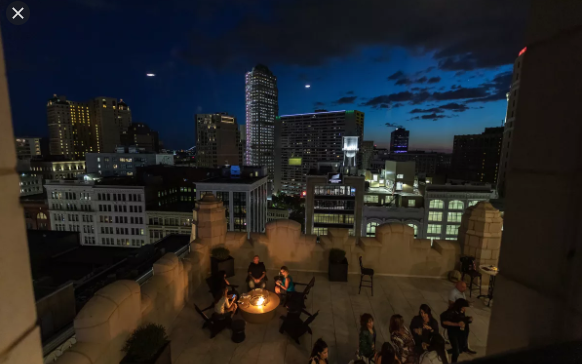 As restaurants gear up for autumn weather with plastic bubbles and outdoor heaters, Detroit diners overwhelmingly said they’re still going to patronize patios during the pandemic — even if it’s winter. According to a recent Eater Detroit survey, 64 percent of respondents said they will choose an outdoor dining option this winter rather than moving indoors or switching back to takeout and delivery-only dining.

Many restaurant owners have relied on outdoor seating as a way to recoup seating losses from capacity restrictions since the reopening of dining rooms on June 8, while ensuring service that’s considered slightly less risky due to the increased airflow. However, during the cold months between October until roughly May, restaurants and bars around Michigan usually retire patio sets. Some operators are now weighing the cost of investing in equipment such as outdoor heaters and shelters to help sustain their establishment’s outside tables.

The polls conducted in early October asked readers a series of questions about their current dining habits and how they might adjust them going into a period of colder weather. Winter is an inevitable in Michigan that’s known to correlate with declines in business at local restaurants — something that’s even more concerning now due to the economic and operational challenges of the pandemic. Eater also wanted to gauge patrons’ perceptions of different styles of seating options used during cold weather such as geodesic domes.