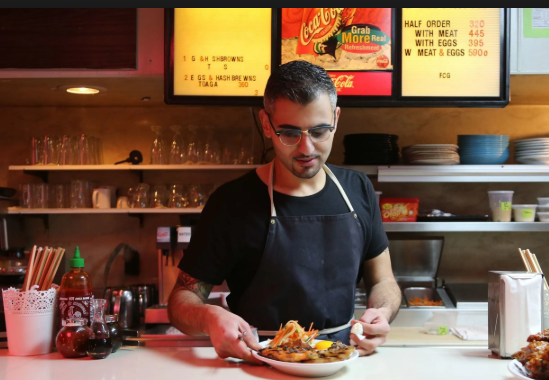 A Mexican restaurant from the chef of nearby pop-up-turned-staple Flowers of Vietnam is to anchor the redevelopment of a turreted historic building on a main southwest Detroit drag.

The renovation of the partially collapsed, red-bricked Grosfield Building has taken longer than expected. But financing is locked and major stabilization work is likely to start in spring on the nearly $5 million project, the developers said Friday.

The finished product is expected to comprise 19 apartment units, retail and a corner restaurant from George Azar.

The chef who grew up in southwest Detroit is best known for his Vietnamese pop-up that first appeared in 2016. It has since expanded from visitor status in the Vernor Coney Island to full-fledged restaurant.

And now for his next Detroit venture? He will be cooking Mexican food! Focusing on regional places in the country that he thinks are underrepresented in our community, in Michigan, that are really, really interesting.

The restaurant will seat 80 or fewer, serving alcohol including Mexican wines in the 3,200 square feet space.