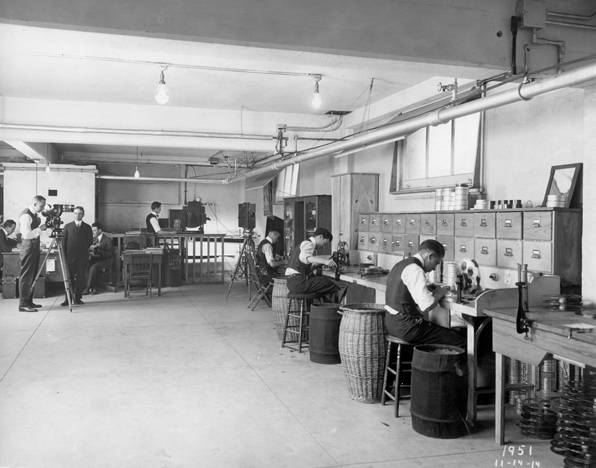 During the first decade of the Ford Motor Company’s existence, the company employed various photographers and photographic firms to provide images for many of the same reasons which led to the establishment of the Photographic Department: to furnish a record of production methodology, to provide illustrations for publications, and to provide publicity for Henry Ford and his company.  Henry became interested in making movies in 1913 after seeing a film made by an outside production company about his Highland Park automobile factory.  In April 1914, he told Ambrose B. Jewett in Ford’s Advertising Department to acquire a camera and someone to operate it. Within months, Ford Motor Company had a fully functioning motion picture department, the first of any American industrial firm.