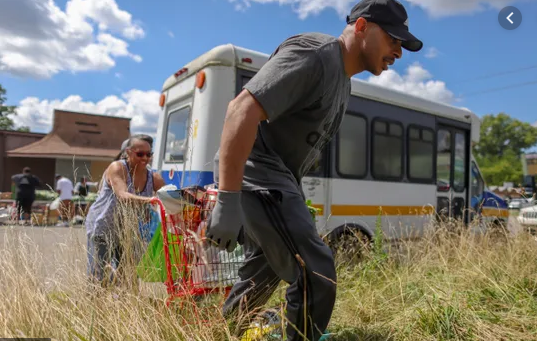 The way Demetrius Knuckles sees it, he helped destroy his community.

He was just 12 years old when he started dealing crack cocaine in his neighborhood near the old Michigan State Fairgrounds in Detroit.

It was 1985, and crack was infiltrating cities across America. Like many of the adults in his life, Knuckles sold drugs and carried guns while the grip of addiction befell people all around him: pregnant women, police officers, a prominent ophthalmologist. Even his 13-year-old friend smoked crack.

Knuckles cycled in and out of juvenile detention until age 17, when he was implicated in the slaying of a nightclub security guard. He was convicted of first-degree murder and sentenced to mandatory life in prison without parole.

But Knuckles, now 46, was granted a second chance. He walked out of prison a free man last October thanks to a 2016 U.S. Supreme Court decision. The court in 2012 struck down mandatory life sentences for juveniles convicted of murder. Four years later, the Supreme Court ruled that its earlier decision applied retroactively, opening a door for inmates like Knuckles to be resentenced.

Now, he’s trying to repair the damage he inflicted some 30 years ago.