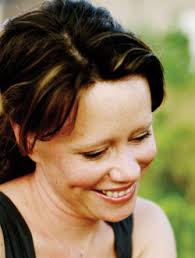 That’s right. Don’t miss this is a once in a lifetime opportunity to see the wonderful Sara Groves live in a very intimate setting.

Sara recorded her first album, Past the Wishing, in 1998. Since then, she has released eight more albums and appeared on several others. Sara has been nominated for three Dove Awards including “New Artist of the Year” in 2002 and “Special Event Album of the Year 2003” by the Gospel Music Association. She was named one of the best Christian music artists of 2005 and the album, Add to the Beauty, was named “Album of the Year” for 2005 by CCM Magazine. Her latest album, Fireflies and Songs, was named Album of the Year by Christianity Today as the “runaway” number 1 choice by a panel of ten music critics choosing Christianity Today’s Top 12 Albums of 2009.
But that’s not all!

The Stand is very pleased to announce that opening with a full set for Sara will be 3 time Grammy winner Ashley Cleveland. If you don’t know Ashley, we guarantee you have heard her before. Her career includes vocal contributions to more than 300 albums, including the Dove Award winning albums ‘Songs From the Loft’, ‘The Jesus Record’ by Rich Mullins and ‘A Ragamuffin Band’, 1998. As part of John Hiatt’s band, Ashley has also made several widely-seen television appearances including, Austin City Limits, Late Night with David Letterman, The Arsenio Hall Show and Saturday Night Live.

Select the link below to purchase your tickets.

Don’t miss these exciting upcoming shows at The Stand!
Learn more at: www.the-stand.org