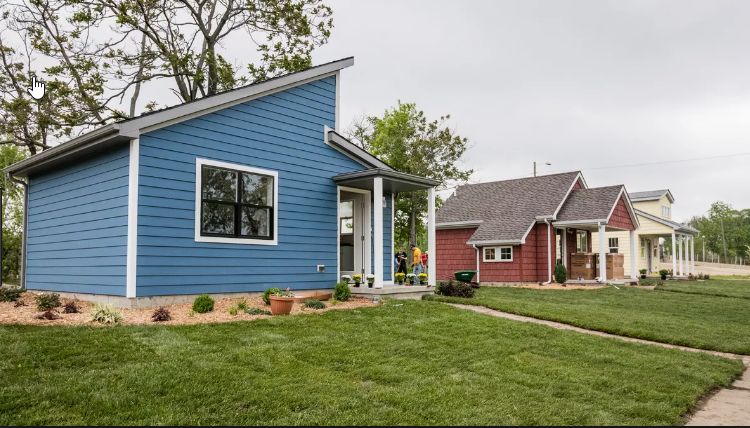 Tiny houses are often mocked as millennial indulgences, a faddish protest against the clutter of modern life and our extravagant use of the earth’s resources. In a Detroit neighborhood still strewn with vacant lots, however, tiny homes are providing a financial lifeline, not just a trendy lifestyle.

The Rev. Faith Fowler, a feisty 60-year-old Methodist pastor, devised a radically new approach to solving a national domestic crisis that affects some half a million people.

Since 2016, Cass Community Social Services, an anti-poverty nonprofit whose roots are in the local Methodist church, has built 13 homes in the heart of a city that has suffered a crippling loss of housing stock and a chronic level of homelessness. The houses look like a scaled down version of a middle-class suburban dream—Cape Cods, Victorians and angle-roofed moderns, none larger than 400 square feet, each on its own 30-by-100-foot lot. And eight of them are occupied by a person who at one point in their lives had been homeless.

Her tiny homes (six more are under construction with six more planned), built to code on concrete foundations, are designed to be permanent living spaces not just transitional housing. At an estimated construction value of $45-$55,000, much of it built with donated dollars from corporations, foundations and a variety of Christian denominations, they provide an opportunity to build generational wealth for chronically poor people living paycheck to paycheck.

Source: In Detroit, Tiny Homes Are More Than a Lifestyle Trend – POLITICO Magazine