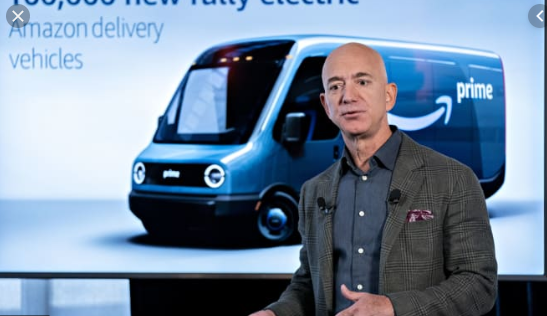 Rivian, the electric SUV and truck maker based in Detroit, hasn’t really been a startup since Ford invested a boatload of cash back in April. But if there were any fears left, they were assuaged yesterday when Amazon’s Jeff Bezos said the internet superstore placed an order for 100,000 electric delivery vehicles. That would make Amazon’s entire fleet run on electricity. Currently, 40 percent runs on renewables.

?(We) will have prototypes on the road next year, but 100,000 deployed by 2024,” Bezos said during comments at the National Press Club in Washington, D.C. “So, a lot of these things, we don’t have magic crystal balls to look into the future, but those are a pretty good timeline.”

Rivian told CNBC that “despite the massive scale of the order, it won’t impact its other production plans.” That’s good, considering it’s supposed to start delivering pickups and SUVs by the end of 2020.

In April of this year, Ford said it would invest a half-billion dollars in Rivian to help co-develop vehicles like an all-electric F-150 and an EV crossover. We checked out the headquarters last year in November.