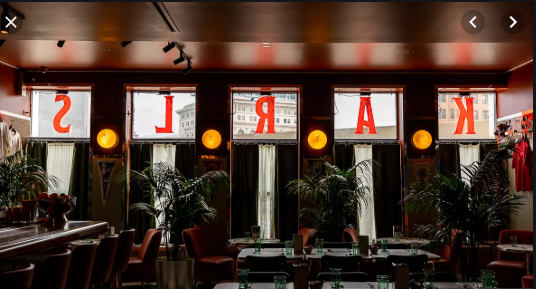 Award-winning Detroit chef Kate Williams is preparing to unveil the follow-up restaurant to her nationally lauded Lady of the House in Corktown.

For her next act, Williams has partnered with Matt Wang and developer ASH NYC on an upscale vintage diner called Karl’s Coffee Shop, located on the second floor of the Siren Hotel downtown, where Williams is also a partner in the stylish, bubblegum-pink craft cocktail den Candy Bar.

“This is personal in a very different way,” Williams said of Karl’s, named for a bakery her great-great-grandfather ran in Detroit’s West Village neighborhood before the Great Depression.

“Lady was super personal for me as a chef because of my family’s history in that neighborhood and why I became a chef,” she said. “And then this sort of expanded that because I didn’t know all these things about my family until I started to open a bakery.”