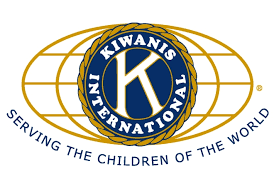 The Detroit Kiwanis Club No. 1 is the first Kiwanis Club in the world. It was founded in downtown Detroit in 1914 by a group of businessmen, led by Allen Brown. The first person to sign up as a member was Joseph Prance, a retailer on Gratiot Avenue.

1914
Allen S. Brown enlists Joseph G. Prance to form a fraternal club of businessmen with a motto, “We Trade.” Don Johnston was elected President. The group was initially called “Benevolent Order of Brothers,” but this was soon changed to “Nunc-Keewanis” (from the Otchipew Indian language). Roughly translated, the phrase means “to express one’s self.” Later, the name was shortened to “Kiwanis.” A more thorough check later discovered that a truer translation is “We have a good time – we make noise!”

1915
Joseph Prance signs the first forms for the new organization and papers are filed in Lansing, the state capital. The group of 60 members received a charter from the state of Michigan on January 21, 1915, and this is regarded as the birth date of Kiwanis. The Statler Hotel becomes the original home of Detroit No.1.

The first clubs were organized to promote the exchange of business among the members. Even before the Detroit club received its state charter, however, the members were distributing Christmas baskets to the poor. A lively debate ensued between those who supported community service as the Kiwanis mission and those who supported the exchange of business. By 1919, the service advocates won the debate.

1916
The national Kiwanis was formed, with George Hixon (Rochester, NY) as its first President. By now, there were Kiwanis Clubs in Detroit, Cleveland, Rochester (NY), New York, Chicago, and Boston. In 1916, Kiwanis became international with the organization of the Kiwanis club of Hamilton, Ontario, Canada. Membership was limited to the United States and Canada until 1962, when worldwide expansion was approved. Since then, Kiwanis has spread to all inhabited continents of the globe.

1923.
In April the 1,000th Kiwanis Club was formed in Wyandotte, Michigan. Don Johnston, the original president of the First Kiwanis Club officiated at the ceremony. The Chicago convention that year adopted the new name of “Kiwanis International.”

1987
Kiwanis was defined as “an organization for men” in the constitution adopted in 1924. In 1987, after several years of debate and growing support, women’s membership received overwhelming approval. The impact of this decision was seen immediately in the membership increase of more than 3,000 women in Kiwanis clubs in the first six months. More than twice that number were members by the next International convention in 1988, and thousands more joined Kiwanis’ ranks during the 1988-89 administrative year. The numbers are on the rise each year.

2005
During the 90th year anniversary of the club, delegates to the International Convention voted to adopt a new motto, “Serving the Children of the World,” to emphasize the primary focus of Kiwanis service over those nine decades and make a commitment for the years to come.
Today, Kiwanis has more than 300,000 members in nearly 9,000 clubs in countries around the world.