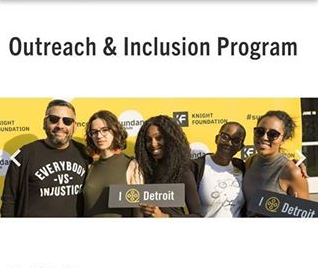 Recipients of the latest grants, totaling $125,000 through the capacity-building effort, along with the Community Foundation’s description of the purpose of the grants:

The Community Foundation for Southeast Michigan is beefing up its program that helps Detroit nonprofits add training, build talent or otherwise add capacities within their organizations, thanks to a $714,000 injection from the John S. and James L. Knight Foundation.

The three-year commitment, announced Monday, builds on initial support in 2013 that stemmed from a $5.75 million investment in the economic revitalization of Detroit, according to a news release.

In the program’s first round, the Knight Foundation originally committed $250,000 in 2013, but upped its commitment to $400,000 due to the volume and quality of the applications, according to Katie Brisson, vice president, program, at the Community Foundation for Southeast Michigan.

The capacity-building program took a break for part of 2017 and 2018 because the foundation wanted an independent evaluator to analyze the program, but promising feedback is what spurred the larger commitment, according to Brisson.

Read the article below: