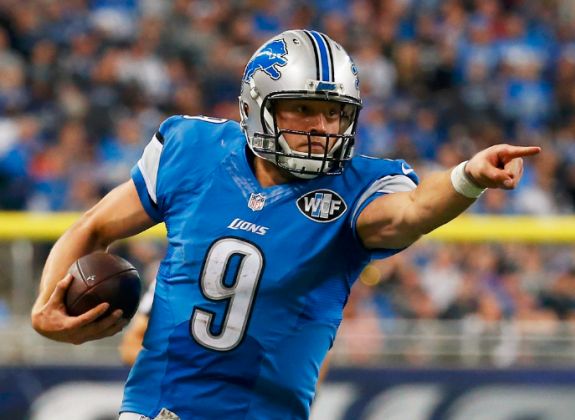 Could Matthew Stafford be the NFL’s MVP?  One gambling website says it’s not only possible, but lists the Lions quarterback as the co-favorite for the award. In odds released Wednesday night, Bovada puts Stafford at 5-1 to win NFL MVP this season.  New England Patriots quarterback Tom Brady and Green Bay Packers quarterback Aaron Rodgers also are 5-1.Brady, a five-time Super Bowl champion and two-time MVP, routinely ranks among the favorites for the award. Rodgers also has two MVPs to his credit, in 2011 and 2014. But Stafford, who signed the richest contract in NFL history last month, has never so much as received an MVP vote in his eight previous seasons, and his odds have shrunk considerably since he opened the year as a 50-1 long shot.