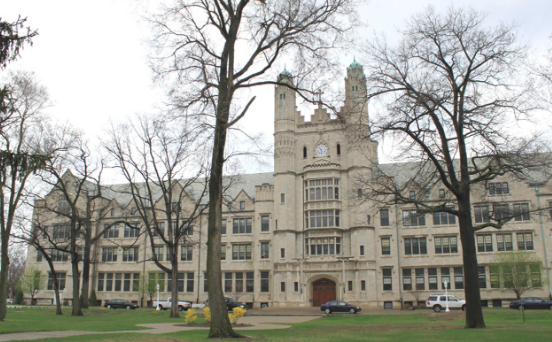 Marygrove College is pleased to announce Dr. Shaun S. Nethercott as executive director of the college’s Institute for Detroit Studies (IDS). This appointment was made ahead of IDS’s Defining Detroit spring series, which began on February 11 and will bring award-winning authors and artists to the college for lectures, readings, exhibits, and performances.

“Dr. Nethercott is an activist, educator, award-winning artist, and passionate Detroiter who has more than three decades of experience in community leadership,” said Marygrove College President Dr. Elizabeth Burns. “I can think of no one else more qualified to lead IDS.

“We’re also grateful for a grant from The Kresge Foundation that is allowing Marygrove to revitalize IDS as part of our ongoing commitment to remain an institutional leader within the city of Detroit,” reported Marygrove’s President Burns.

Nethercott has extensive experience with both for- and non-profit companies and organizations, is the founder of the Matrix Theatre Company – a professional community-based social justice theater in Southwest Detroit producing plays with and for children and adults – and is the founding director of the Detroit Institute of Arts El Arte Alliance. She has produced 32 plays, is a Kresge Arts Fellow, and has earned innumerable awards.