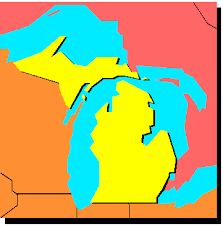 The action by Fitch Ratings is the first rating upgrade Michigan has received amid a recent series of positive moves by bond agencies. Earlier, Standard & Poor’s & Moody’s upgraded the outlook for Michigan bonds to “positive” from “stable,” while leaving their existing ratings in place, at AA- and AA2 respectively.

Fitch assigned an AA rating to $200 million in new general obligation school loan bonds, while upgrading to AA the rating on about $2 billion in outstanding State of Michigan general obligation bond debt. Fitch revised its outlook for the bonds to stable from positive.

Fitch, who had not improved its rating for Michigan bonds since 2007, also upgraded other state-related ratings to AA- from A+.

“The upgrade is based on the state’s rebounding economic performance, including the improved competitive posture of the state’s auto industry after its restructuring,” Fitch said in a news release.

“Moreover, the state has made considerable progress in bolstering its finances, with structurally balanced budgeting, growing reserves and an improving cash balance.”

Gov. Rick Snyder, who met last month in New York with representatives of the three rating agencies, said the changes are a signal that Wall Street is responding to Michigan getting its fiscal house in order.

“Michigan is the comeback state and our progress is being recognized,” Snyder said in a news release.

Improved ratings can mean significant savings in debt costs for the state.