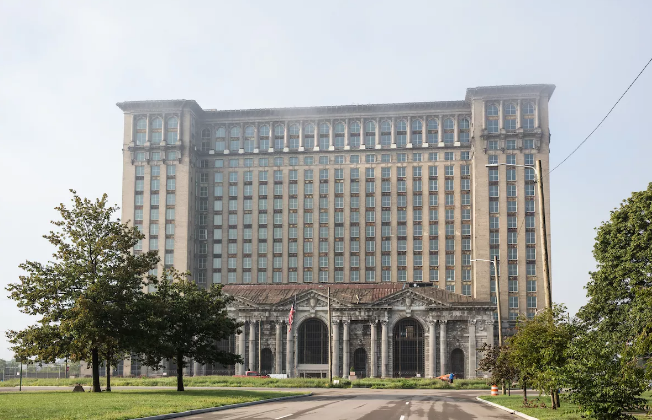 Rick Novasky has never forgotten the day back in the 1980s when he was working a shift in the ticket office at Detroit’s Michigan Central Station.

“A gentleman walked up to the ticket window with tears rolling down his cheeks,” he says. “I asked him if he needed help. The man just pointed toward the subway where everybody boarded the trains and said, ‘that’s where I last saw my oldest brother back in 1943. He turned around, waved to us and then got on his train.  We never saw him again. He was killed in the Pacific.’

“That was some 30 years ago,” says Novasky, a tremor in his voice, “and it still hits me even today.”

Michigan Central was once one of the grandest railway stations in the United States – the gateway to a fabulously wealthy city, dominated by the auto industry.

Thousands of workers passed through the building in search of new lives – immigrants from Europe and the Middle East along with black workers, part of the “great migration” northwards, from the prejudice and poverty of the agricultural South.

But Detroit’s days of lavish prosperity are long gone. The station has been closed and abandoned for more than 30 years. Its tower, like the keep of a derelict fortress, is a poignant symbol of a once-great city’s decline.

Source: Michigan Central and the rebirth of Detroit