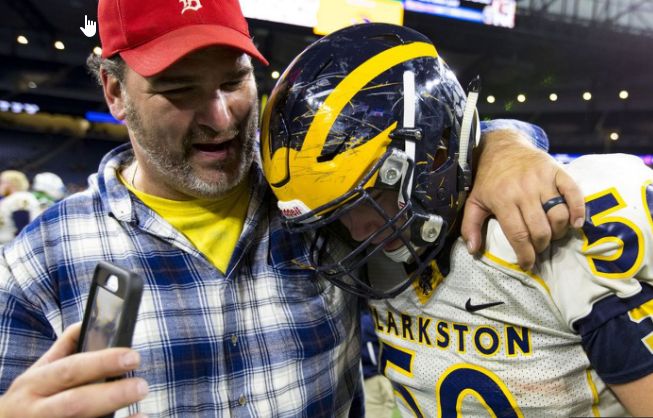 When it comes to in-state recruiting, Michigan and Michigan State are in a constant battle.

One battle currently in progress is for the commitment of Clarkston DE/OL Rocco Spindler.

If you are a fan of the Detroit Lions, the ‘Spindler’ name should certainly be familiar to you as Rocco’s father Marc played seven seasons in the Motor City.

“It’s special,” Rocco said of having a former pro as a father. “It really means a lot to me. He doesn’t try to push me as much as his father did with him. He lets me kind of create my own path. He helps when he needs to and stays away when he wants to. He really pushes but also lets me be accountable for myself.”

Rocco, who is entering his junior season, is currently ranked as the No. 2 player in the state of Michigan and the No. 42 player overall in the Class of 2021, according to 247Sports.

But the Wolverines and Spartans are not the only two power schools looking to land Spindler as Alabama, LSU, Notre Dame, and Ohio State are among a plethora of teams to already make him an offer.

When it comes to the 247Sports Crystal Ball predictions, Michigan and Notre Dame each currently have two votes.

It will certainly be interesting to see where Rocco Spindler ends up.