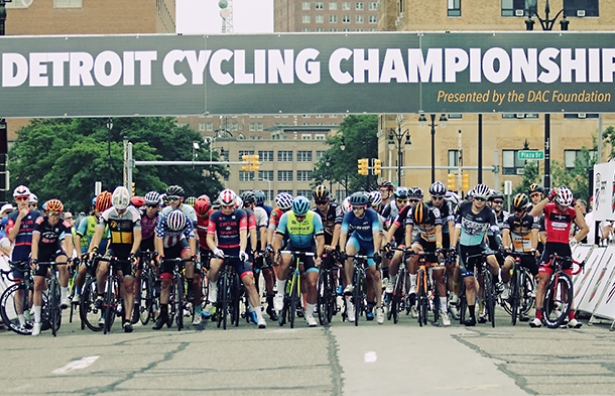 Hundreds of top cyclists from around the globe will speed through the streets of downtown Detroit in two weeks for the Detroit Cycling Championship.

Participants will compete for $45,000 in cash prizes and primes, marketed as one of the top purses in the country, for the professional men’s and women’s races, according to a news release said.

A dozen races will take place on the route, which is just shy of a mile, starting on First Street and Grand River Avenue, near Beacon Park. The track goes down Grand River, then turns and goes down Third Avenue and onto Bagley Street.

This year the DAC has added a few festivities to activate Beacon Park, including a cornhole tournament, soccer clinic for kids and a family fun zone sponsored by Meijer, as well as a HandleBar Detroit pedal push competition, Ritter said.

Strategic Staffing Solutions is working with the DAC Foundation and Detroit Cycling Championship to give away 100 bikes to children and their family members through the Fit Kids 360 Detroit program.