On Tuesday, January 24 at 7 p.m. at the Baldwin Public Library, Bruce Allen Kopytek will give a talk based on his book Jacobson’s: I Miss It So!, published this year. 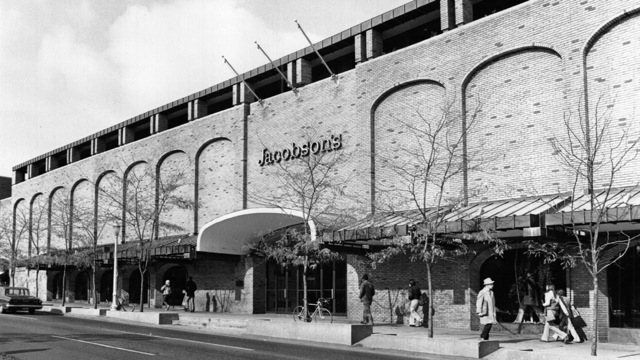 Jacobson’s department store was founded in Reed City, Michigan in 1868, expanded to Jackson in 1904 and to Dearborn in 1920. The Birmingham Jacobson’s opened in 1950 and remained a local favorite until its closing in 2002.

Mr. Kopytek will share his stories of Jacobson’s with us, including some special anecdotes about the Birmingham store. He will have his books available for signing and purchase.

One of Mr. Kopytek’s particular interests is the American department store. He maintains a blog, “The Department Store Museum” at www.departmentstoremuseum.blogspot.com, where he pays homage to the great American independent department stores, a dying breed, with photographs and facts.

Bruce Allen Kopytek was born and raised in Hamtramck in what he describes as “a very inquisitive Polish-American family.” He earned an architecture degree from the University of Detroit and pursued an extensive career in this field, both commercial and residential.

This program is sponsored by the Baldwin Public Library and the Friends of the Birmingham Historical Museum & Park.