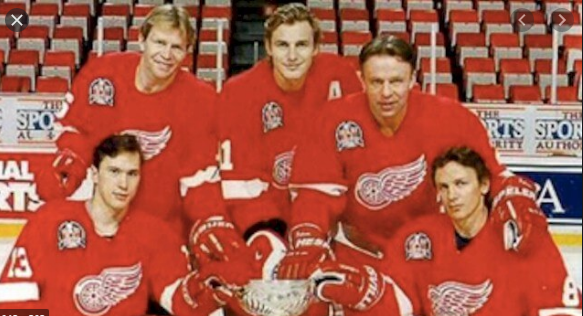 One interview was particularly tough to get, but it was such a crucial — and colorful — part of the backstory behind Sergei Fedorov joining the Detroit Red Wings.

How Nick Polano convinced a nervous taxi driver that he wasn’t about to carry out an execution but rather an extrication is just one of the thrilling moments people in southeast Michigan can see for free at 9 p.m. Thursday when “The Russian Five” documentary will air on Detroit Public TV.

The movie tells the story of how Fedorov, Vladimir Konstantinov, Slava Kozlov, Igor Larionov and Slava Fetisov came to Detroit and revolutionized North American hockey with their puck-possession game. The film had a limited premiere in April of 2018 and was officially released in March 2019, and previously only has been on pay channels.