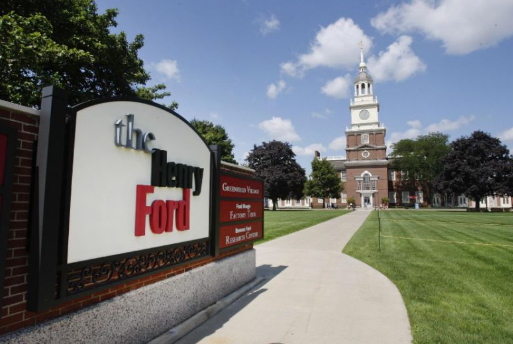 Red, white and blue-festooned buildings, classic summer tastes, fifes and drums and fireflies are the backdrop for the most robust expression of the Fourth of July — connecting with family, friends and neighbors to honor the great American experiment. Community goodwill fills Greenfield Village as picnic blankets and chairs are assembled for the joint concert by the Detroit Symphony Orchestra and The United States Army Field Band and Soldiers’ Chorus, the premier touring musical representatives of the United States Army. The finale is the DSO’s stirring rendition of Tchaikovsky’s 1812 Overture, played in harmony with authentic cannon fire followed by a patriotic medley under a canopy of fireworks.

An exuberant collection of songs, food and fanfare that is quintessentially American. Join us for this celebratory evening of high notes, from the first glance at Greenfield Village to the last sparkle in the sky.