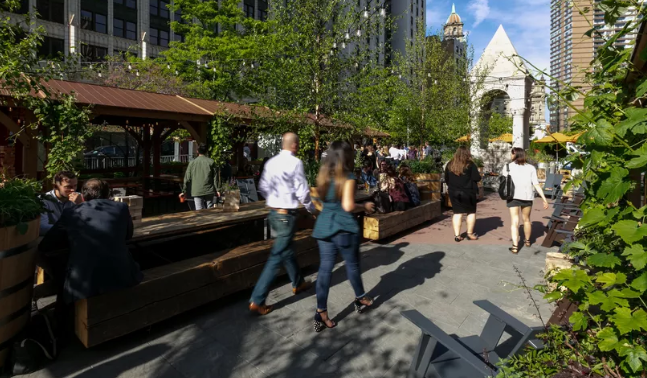 Walkability produces a lot of desirable outcomes for residents: more jobs, better health, greater access to amenities and services. While Detroit is well behind other American cities in the number of walkable districts, according to a new report, it’s also the fastest growing.

A joint project between The Center for Real Estate and Urban Analysis at George Washington University and a number of other organizations, “Foot Traffic Ahead” seeks to determine the impact of walkable urban places (or WalkUPs), which cities have the most, and which have the potential to make more. It defines WalkUPs as places above a certain square footage of office or retail space and a high Walk Score.

As for the value of WalkUPs, there’s really no debate. According to the report, buildings in walkable places rent and sell for much more than those in areas that emphasize driving, and its residents have better economic outcomes.

Source: Since 2010, Detroit has built more walkable urban spaces than any other U.S. city – Curbed Detroit