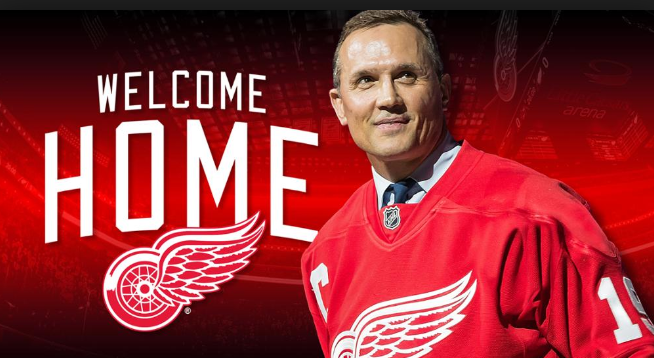 The Detroit Red Wings called a press conference for Friday afternoon to introduce Hall of Famer Steve Yzerman as their new general manager. When Yzerman stepped down as GM of the Tampa Bay Lightning in September, it was reported that he told the team he would be “going home to Detroit.” Now that’s coming true.

Current GM Ken Holland reportedly will be named as senior vice president. Holland has been working on this succession plan for the past three months, according to Sportsnet. It’s a notable change in heart on the part of Holland, who reportedly declined to step aside as GM during Yzerman’s first stint in the Red Wings front office from 2006-09. That’s what prompted Yzerman’s move to the Lightning.