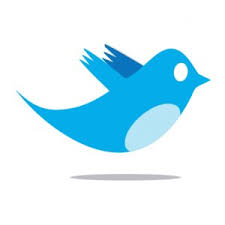 The Salvation Army of Metro Detroit is turning to the Twitterverse to help support the 25th annual Bed & Bread Club Radiothon.  The Salvation Army will host its inaugural Tweet-a-thon during the 16-hour fundraising event on Friday, Feb. 24. By tweeting to The Salvation Army using the designated #BedandBread hashtag, supporters have the opportunity to be a hero in the fight against poverty in metro Detroit.

Starting on Monday, Feb. 20 and running through 10 p.m. on Radiothon day, Ford Motor Company Fund has pledged to donate $3 for each tweet that uses the #BedandBread hashtag, up to $25,000. Champions of The Salvation Army will also tweet on behalf of the organization and encourage people to pledge their support and make an individual contribution at www.salmich.org. A special Tweetathon booth will be set up at Oakland Mall for people to visit and tweet from.

For every 40 tweets that contain the #BedandBread hashtag, one person will be fed for an entire year. Each individual contribution of $10 helps provide food for one person for a month.

“When someone tweets using #BedandBread during the Tweetathon, they’re joining a club of thousands of metro Detroiters that have been on the front lines of fighting the war on hunger and homelessness for 25 years,” says Major Mark Anderson, general secretary and metro Detroit area commander for The Salvation Army Eastern Michigan Division. “It’s truly amazing what people — and technology — can do when they join together to make a difference.”

Over its quarter-century history, the Bed & Bread Club Radiothon has grown to become the largest single-market, single-day fundraiser in the country, raising more than $25 million to provide food and shelter to those in need.

In fact, from October to December 2011, The Salvation Army saw a 12 percent increase in the number of meals served off of the Bed & Bread trucks.

Founded by William and Catherine Booth in London, England in 1865, The Salvation Army is a faith-based, non-profit organization dedicated to serving people in need without discrimination. For more information about The Salvation Army, please call 877-SAL-MICH, or visit us at www.salmich.org.