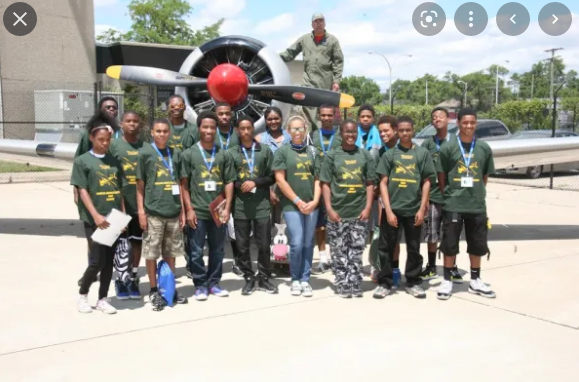 These pilots volunteered their time, planes and fuel to take dozens of kids up in the air. The Tuskegee Airmen National Museum in Detroit hopes it will inspire kids to pursue careers in aerospace engineering and aviation.

“It was fun. You could see the whole city and the clouds,” said 16-year-old John Lagarde who wants to become a pilot when he grows up.

Whether it’s your first time flying or you have lost count, being the co-pilot of a powerful aircraft like this is always a thrill.

“It was really awesome. I was high up and felt in control,” said Lagarde.

“Everybody can’t go to flight school so just being able to fly a plane is a great opportunity.”