Is it true that the Bible contradicts itself?

This essay, drawn from the 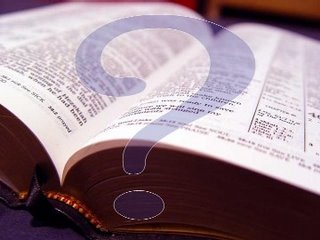 Investigating the Bible email newsletter, addresses a tough question about the Bible’s reliability.

What Should We Make of the Discrepancies Found in the Bible?

Skeptics often charge that the Bible’s historical books hopelessly contradict each other. And if that’s the case, they charge, then the Bible cannot be trusted in anything it says. Take, for example, 1 Chronicles 2:13–15, which states that Jesse had seven sons, while 1 Samuel 17:12 indicates Jesse had eight sons.

On the surface, the Bible’s historical books can appear to disagree. These range all the way from very minor variations in wording to the most famous apparent contradictions. But once you allow for paraphrase, abridgment, explanatory additions and omission—acceptable techniques even in many of today’s writing styles—the books are extremely consistent with each other by ancient standards, which are the only standards by which it’s fair to judge them. As in the case of Jesse’s sons, it’s important to realize that the reference to the fewer number of sons appears in a genealogical portion of the Bible. If one of David’s brothers died without leaving an heir, he would have been properly omitted from the list.

For another example, consider the writings of the New Testament. Ironically, if the events recorded in the Gospels were identical to each other, word for word, this would have raised charges that the authors had conspired among themselves to coordinate their stories in advance, and that would have cast doubt on them. If the Gospels were too consistent, that in itself would invalidate the gospel writers as independent witnesses. People would then say we really only have one testimony that everybody else parroted.

Simon Greenleaf of Harvard Law School is one of history’s most important legal figures and the author of an influential treatise on evidence. After studying the consistency among the four gospel writers, he offered this evaluation: “There is enough of a discrepancy to show that there could have been no previous concert among them; and at the same time such substantial agreement as to show that they all were independent narrators of the same great transaction.”

German scholar Hans Stier has concurred that agreement over basic data and a divergence of details suggest credibility, because fabricated accounts tend to be fully consistent and harmonized. “Every historian,” he wrote, “is especially skeptical at that moment when an extraordinary happening is only reported in accounts which are completely free of contradictions.”

This question and answer is adapted from an interview with Dr. Craig Blomberg, as featured in the Investigating the Bible email newsletter. You can sign up to receive it for free at our Newsletters page.